[For a documentary history of our lineage, in Chinese, click here.]

FOR INFO AND REGISTRATION, visit https://www.eomega.org/workshops/therapeutic-tai-chi-qigong 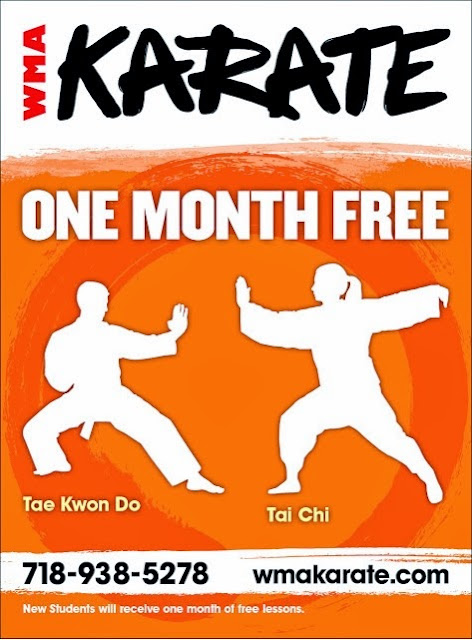 CALL FOR INFO ON SCHEDULE & PRICING


In My Kitchen in New York
by Allen Ginsberg
(for Bataan Faigao)
Bend knees, shift weight
Picasso’s blue deathhead self portrait
tacked on refrigerator door
This is the only space in the apartment
big enough to do t’ai chi
Straighten right foot & rise–I wonder
if I should have set aside that garbage
pail
Raise up my hands & bring them back to
shoulders–The towels and pyjama
laundry’s hanging on a rope in the hall
Push down & grasp the sparrow’s tail
Those paper boxes of grocery bags are
blocking the closed door
Turn north–I should hang up all
those pots on the stovetop
Am I holding the world right? That
Hopi picture on the wall shows
rain & lightning bolt
Turn right again–thru the door, God
my office space is a mess of
pictures & unanswered letters
Left on my hips–Thank God Arthur Rimbaud’s
watching me from over the sink
Single whip–piano’s in the room, well
Steven & Maria finally’ll move to their
own apartment next week! His pants’re
still here & Julius in his bed
This gesture’s the opposite of St. Francis
in Ecstasy by Bellini–hands
down for me
I better concentrate on what I’m doing
weight in belly, move by hips
No, that was the single whip–that apron’s
hanging on the North wall a year
I haven’t used it once
Except to wipe my hands–the Crane
spreads its wings have I paid
the electric bill?
Playing the guitar do I have enough $
to leave the rent paid while I’m
in China?
Brush knee–that was good
halavah, pounded sesame seed,
in the icebox a week
Withdraw & push–I should
get a loft or giant living room
The land speculators bought up all
the square feet in Manhattan,
beginning with the Indians
Cross hands–I should write
a letter to the Times saying
it’s unethical
Come to rest hands down knees
straight–I wonder how
my liver’s doing. O.K. I guess
tonite, I quit smoking last
week. I wonder if they’ll blow
up an H Bomb? Probably not.
-Manhattan Midnite, September 5, 1984

We've already signed up to come back next year!


This is my second time and it was even more illuminating than the first.

Just wanted to thank you again for a fantastic workshop!  I've been going through my notes and memory banks and I'm really quite amazed at the ground we covered in just five days.    My students will definitely benefit from what I learned from you!


Thanks so much for being so wise and giving with the class! I've just let the hospital where I work as a therapist know that they need to provide this training for all of their staff ... It certainly will be part of my yoga classes. Just had 3 calls from new people who want relaxation, meditation too. It will fit into my yin style yoga easily.

It was a marvelous experience. I was filled with hope. It's more than that- it's an eagerness, an anticipation to go forward with my life. Dimitri and I talked all the way home from Omega and I felt some of the same happiness and hope in him.  I believe he too may start to put down the burdens from his past.

Thank you, David - you're a great facilitator!

From the 2011 Omega Intensive:

David is THE BEST Tai Chi/Qi Gong instructor out there!  Highly recommend!
-- Susi Rosinski, Therapist, New York
Great Tai Chi!  Legs like iron now!
-- AA, Doctor of Medicine, Maryland
I went back home and immediately was able to apply your teachings to my teenage Eating Disorders group, my senior Falls Prevention group, etc.
-- AB, Nurse Practitioner, NJ
Thanks so much for your teaching, and for enlightening me!
-- JB, Therapist, NJ
Really enjoyed the Therapeutic Tai Chi training and am looking forward to more in 2012.
-- HP, Exercise Physiologist, NYC

HARVARD MEDICAL SCHOOL DECLARES:
TAI CHI IS ONE OF BEST EXERCISES YOU CAN DO!

For release: Thursday, May 10, 2012
Exercise is important for a healthy lifestyle but it is also a key part of therapy, rehabilitation and disease management. For Parkinson’s disease, exercise routines are often recommended to help maintain stability and the coordinated movements necessary for everyday living. An NIH-funded study, reported in the February 9, 2012 issue of the New England Journal of Medicine,* evaluated three different forms of exercise – resistance training, stretching, and tai chi – and found that tai chi led to the greatest overall improvements in balance and stability for patients with mild to moderate Parkinson’s disease.
Tai chi is a balance-based exercise that originated in China as a martial art. While there are many different styles, all are characterized by slow, relaxed and flowing movements. In both the pilot study and the recent New England Journal of Medicine study, patients performed a tai chi routine designed to challenge patients’ stability and address the balance and stability-related symptoms of Parkinson’s. The routine included slow, intentional, controlled movements that maximized the swing time of arm and leg motions, and repeatedly incorporated gradual shifts of body weight from one side to another, varying the width of their base of support by standing with feet together or further apart.
With support from the NIH’s National Institute of Neurological Disorders and Stroke (NINDS), Dr. Li and colleagues conducted a larger clinical trial to compare tai chi to resistance training and stretching. The study assigned a total of 195 patients with mild to moderate Parkinson’s disease to one of three exercise groups: tai chi, resistance training, or stretching. Patients attended class twice a week for 24 weeks. The investigators assessed balance and movement control by testing how far patients could lean and shift their center of gravity without losing balance, and how directly the patients could reach out to a target, with a minimum of extraneous movement.
After six months, the patients in the tai chi group showed the greatest amount of improvement in balance and stability. Furthermore, patients in the tai chi and resistance training groups had a significantly fewer falls over the six month period compared to participants in the stretching group.
“There is a learning curve involved,” Dr. Li noted, adding that improvement is seen after four to five months of continued practice twice a week, and this trend is similar to what he had noted in his studies of older people.
Dr. Li described tai chi as similar to resistance training, the more commonly recommended physical therapy, in that it requires repetitive movement. Tai chi, however, not only involves shifting a person’s weight and center of gravity, but it is also practiced at a dramatically slow speed and greatly emphasizes intentional control of movement.
“In tai chi we emphasize very slow and intentional movement,” Dr. Li commented. “That imposed a lot of challenge, especially to those in the tai chi group who were used to fast movement.”
Dr. Li also noted that tai chi is very safe and can be performed without equipment and in limited space.
Beth-Anne Sieber, Ph.D., a program officer at NINDS, said that falls are a dangerous side effect of Parkinson’s disease and commented on the significance of Dr. Li’s work. “The key observation in Dr. Li’s study is that a specifically designed sequence of tai chi movements improves postural stability and prevents falls for an extended period of time in persons with Parkinson’s disease. In addition, tai chi sequences can be tailored to improve balance in a spectrum of patients with mild to moderate symptoms.” Dr. Sieber also noted that this study is indicative of a growing interest in examining how physical activity may improve symptoms of Parkinson’s disease. Further research will provide additional information on ways in which physical activity can improve disease symptoms and quality of life for people with Parkinson’s disease.
- By Nicole J. Garbarini, Ph.D.
For more information about Parkinson’s disease, visit: www.ninds.nih.gov/PD.
*Li, F. et al. “Tai chi and postural stability in patients with Parkinson's disease.” New England Journal of Medicine. February 9, 2012. Volume 366(6), pages 511-9.

MEANING IS THE NEW MONEY

Career prospects hurting? Home loan under water? Maybe it's time you invested in something of more lasting value: yourself
By Colin McEnroe, Photographs by Geof Kern, Posted Date: December 10, 2009
David Saltman spent most of his working life as a television news producer, first at ABC, then at CBS, and later at CNN. In 2003, after he became one of the thousands laid off in massive media cutbacks, he went freelance.
"I was very much in demand as an independent TV producer," he says. "I didn't go looking for work. Work came and found me."

But then, around April 2007, Saltman started to feel his industry slowing down, and the kind of work he did was one of the first items cut from budgets. "Suddenly, even if I looked for work, I couldn't find it," he says.

Saltman had practiced the Asian martial art of tai chi since 1972, and in the summer of 2008, he was given a chance to teach it at the Omega Institute in Rhinebeck, New York. That led to other teaching gigs in New York City, where Saltman lives. The Mount Sinai School of Medicine has enlisted Saltman to teach tai chi to older people to help reduce falls, and also to help design a pioneering tai chi treatment program for inpatient rehabilitation.

"It seemed like every time I would cold-call a health club or university and say, 'Are you interested in having someone teach tai chi?' the answer was, 'When can you start?' "

Today, Saltman teaches about 10 hours a week. "I don't make as much money as I did in the old days, but probably more per hour than I did putting in 100-hour weeks," he says.
The He-cession

I met Saltman one morning last summer at 7 a.m., in a grove of pines by a small lake in Rhinebeck. He had returned to Omega for another summer of teaching tai chi. A group of students was gathering on a mat of fragrant pine needles as a cardinal flitted through the branches over their heads. Up the hill, someone blew on a conch shell to signal the opening of the Omega dining hall.

Saltman rubbed his hands together. (He looks like a man who doesn't miss many meals.) "Let's do this, and then we can go eat breakfast," he said cheerfully. "We have some serious business ahead of us today."

Saltman seems like a pretty happy guy, but not everybody has been so lucky.